Now that Psy is making news again for singing lyrics that advocate killing US soldiers many years ago, I’ve decided this might be a good lesson in proper skepticism. People are often quick to jump to conclusions about someone based on one tidbit of information, but that’s just not a good way to be. Too often you end up jumping to wrong conclusions, or leaving yourself vulnerable to attack because you ignored other important evidence. 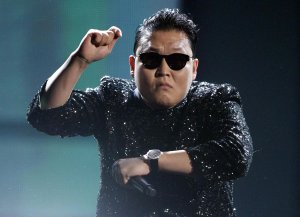 For instance, if I told you there was a man long ago who was upset by the fact that cars were only available to the rich, and commissioned a car company to build affordable cars that the average person could buy, you’d think that sounds like a good person.

If you read my post called The Beetle is dead, and government killed it, you’d know that person was Adolf Hitler. So hopefully you understand the importance of gathering all of the facts before judgement is passed.

I don’t presume to know what’s in anyone’s heart, and neither should you. But one of the first things that concerned me on this is something that happens often when people judge musicians. They assume that the lyrics have meaning to the artist. When Andrew Kevin Walker wrote the movie Se7en, no one asserted he was advocating killing all sinners in brutal fashion. Why? Because it was a fictional movie. Phil Collins’ famous song “In the air tonight” is often mistakenly assumed to be written because Phil witnessed someone committing a violent act. In reality, he has repeatedly stated that it was pure fiction.

So when judging a musician based on some lyrics they wrote, first you must stop and ask was this just a work of fiction or were they truly advocating this sentiment. Based on Psy’s own statements, he was upset about American soldiers who killed two Korean nationals, and were acquitted of any wrong doing. He was highly upset, and as a result, spewed some pretty hateful things. So this was not a work of fiction, he actually meant it.

So then I think about what motivated him to say it and how would I feel if the roles were reversed. If Koreans soldiers killed two Americans and were acquitted, would I be mad? Probably. Would I say hateful things? Well, I’m a proper skeptic, so I’d do the research and not jump to conclusions, but if I were an impulsive, young, dumb, musician prone to spouting off through my music, maybe I would.

So then I ask myself; is he someone who has never really come to know America? People in other countries are often anti-American, and spread a lot of lies, hyperbole, misinformation, and half-truths about the good things we actually do around the world. Musicians sometimes live in a pro-anarchy bubble of friends who love to demonize any government as well. However, Psy spent 4 years here in America prior to writing these hateful lyrics, so he has certainly had an opportunity to come to know America, and should have known better.

So then I ask myself, does he still believe this? Well, he did issue an apology. So as not to leave out any context, here it is in its entirety:

As a proud South Korean who was educated in the United States and lived there for a very significant part of my life, I understand the sacrifices American servicemen and women have made to protect freedom and democracy in my country and around the world. The song I was featured in — from eight years ago — was part of a deeply emotional reaction to the war in Iraq and the killing of two innocent Korean civilians that was part of the overall antiwar sentiment shared by others around the world at that time… While I’m grateful for the freedom to express one’s self I’ve learned there are limits to what language is appropriate and I’m deeply sorry for how these lyrics could be interpreted. I will forever be sorry for any pain I have caused anyone by those words.

I have been honored to perform in front of American soldiers in recent months — including an appearance on the Jay Leno show specifically for them — and I hope they and all Americans can accept my apology… While it’s important we express our opinions, I deeply regret the inflammatory and inappropriate language I used to do so. In my music I try to give people a release, a reason to smile. I have learned that though music, our universal language we can all come together as a culture of humanity and I hope that you will accept my apology.

So after reading this, do I believe his apology? As I look at it, I have a couple of problems with it. A proper apology doesn’t try to justify the behavior in any way, it just says, “I’m sorry.” But here, he does seem to make excuses for why he acted the way he did. He also says, “…how these lyrics could be interpreted.” Here are some excerpts:

Kill those fucking Yankees who have been torturing Iraqi captives and those who ordered them to torture.

Kill [the Yankees’] daughters, mothers, daughters-in-law and fathers / Kill them all slowly and painfully.

I don’t know about you, but to me there was little ambiguity there in what he said. I do believe I read they were lyrics from a song by someone else that he was just repeating. But, I don’t see how it was open to interpretation, either way. So again, it seems like he was trying to downplay the severity of the things he said instead of just properly apologizing for them.

So then the last thing I would ask, is if his apology is motivated by anything other than remorse? Well, he is trying to sell CD’s after all. Being universally hated by the most powerful economy in the world isn’t exactly a brilliant business strategy for a musician looking to achieve international fame. So he has a motive other than regret for his apology that cannot be ignored.

So what is my skeptical analysis?

So I would accept his apology at face value, but I wouldn’t assume him to be pro-America either. America has been pretty good to his career as of late, so that may have changed in light of his new success here.

I do know this, I listened to Gangnam Style once just to see what all of the fuss was about, and after doing so, I realize that I cannot unhear it, I’m eternally scarred, and I want my 5 minutes back. Only a monster could write something so hideous.