I don’t think I want to live on this road, nor travel on it.

What the hell, Bing?

And THIS, is how the Teenage Mutant Ninja Turtles started.

I think this is involuntary manslaughter at this point.

I’m sure the little guy was heavier than he looks.

Must have been quite an evening.

What could POSSIBLY go wrong, here?

That’s one way to get it home, I guess.

Possibly the worst ad placement ever. 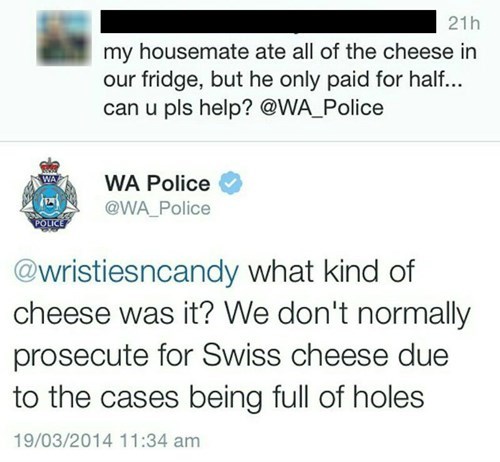 Congress shall make no law respecting an establishment of religion, or prohibiting the free exercise thereof; or abridging the freedom of speech, or of the press; or the right of the people peaceably to assemble, and to petition the Government for a redress of grievances.

As you read the U.S. Constitution, one thing becomes quite obvious. It is concise, all-encompassing, and there is ambiguity throughout. This is often surprising when you consider it was written by government. Unlike The Affordable Care Act which spans thousands of pages, the Constitution, which was intended to serve as the entire framework of the role of the federal government, comes in at a svelte six.

Looking at the First Amendment above, it simply says the right to free speech shall

not be infringed. What it doesn’t say, is that the right to complain about government shall not be infringed or something of that nature. They could have tried to list all of the speech they wanted to protect, but they understood the beauty of ambiguity.

If they had specified anti-government speech as a protected right, then the right to call your boss names could have been in question. One could argue, “the Constitution specifically mentions ‘anti-government’ speech, but it doesn’t mention ‘one person insulting another’ speech, therefore we must conclude that they didn’t want to unilaterally protect that speech.” They would have a legal leg to stand on by doing so.

But by simply saying “the right to free speech shall not be infringed,” they make it clear that no matter what type of speech you think of bestowing on the ears of another; it’s protected. The content is infinitely irrelevant.

Yet lawmakers of today seem to be incapable of such elegant legislation. When 2012 Presidential contender Herman Cain tried to introduce this concept, he was sadly ridiculed for it.

The left, like comedian John Stewart, mocked him as if to insinuate Herman was incapable of understanding complicated legislation.

Herman Cain has a bachelor’s degree in mathematics, a masters in computer science, and a trail of business success a mile long. He was almost certainly in possession of a greater intellect than Jon Stewart, or any of the other disrespectful people who tried to make an ignorant joke against his proposal. These jokes were insulting with no basis in reality, but Stewart’s leftist base ate it up.

Herman understood that laws do not have to be thousands of pages long. The smartest man in any room, Albert Einstein, is quoted as saying, “Make everything as simple as possible, but not simpler.”

So why does it happen? Complex legislation is the result of two things.

Many in Washington who have a background in law and are used to writing contracts where every imaginable scenario is envisioned and accounted for to protect their clients. As such, they write laws the same way.

But also, with legislation a mile long, it allows pork barrel spending, to be stealthily added so as to hopefully go unnoticed by the masses.

While Herman was certainly intelligent enough to understand complex legislation, he knew that if the power resides with the people as our Constitution explicitly states, that the people should be able to read, understand, and then advise their elected leaders on how they desire them to proceed. Yet, I’d wager that 99.99% of our populous didn’t read a single page of The Affordable Care Act for instance.

Such simple legislation makes it nearly impossible to corrupt good legislation with the myriad of special legislative favors that are commonplace in Washington now.

Imagine you picked any random person off of the street, let them read the Constitution, and then ask them to explain it. I would bet that most would be able to easily do so. Ask them to do the same with the Affordable Care Act however, and aside from the fact that you’d have to come back a month later in order to give them time to read it, I’m comfortable most would not retain or grasp half of what’s in it.

The Federal Register was enacted in 1936 to be one big list of all the laws the federal government has passed without repeal. It was a sprite 2,620 pages at inception, but as of 2012, it has ballooned more than thirty times over, to a whopping 78,961 pages and counting.

What does this mean to you? Any number of things.

With nearly 79,000 pages of legislation, can you fairly argue America is still a free country? Our federal government seems to have hoarders’ disease, amassing an amazing collection of legislation, 90% of which likely violate the Tenth Amendment alone, which clearly states that if a subject is not specifically outlined in the Constitution, that subject should be pushed to the states or the people. Where is healthcare mentioned in the Constitution, for instance?

So how do we fix this?

There’s an old adage that says, “Vote the bums out!” It really is that simple. There are libertarian politicians in the Libertarian Party and the Republican Party just itching to take over government, then do their damnedest to reduce it down to its Constitutional core and give you your rights back. They’re the polar opposite of tyrants.

It is important we elect a more concise government that doesn’t spend us into oblivion or do special favors for their districts and friends.

We must demand they appoint Supreme Court with justices that respect the Constitution (including the Tenth Amendment) regardless of their own political beliefs.

And we must require they pass laws that are simple and ambiguous, thus allowing judges and juries to be more able to make decisions on the spirit of the law instead of the verbiage of it as a result.

As long as there is government, we are never ultimately free. But much like science pursues all knowledge with the knowledge it can never truly know everything, what’s wrong with wanting government who will strive to work themselves out of a job, knowing they will always exist in some form?