Ever wished the day was a bit longer? If so, you could move to Venus. The second planet from the sun takes 243 Earth days to rotate on its axis—making a day there a whopping 5,832 hours.

Even more interestingly, because it’s closer to the sun than Earth, it has to travel faster than Earth to remain in orbit and not crash into the sun.

If you’ve ever seen someone speed-walking and seen a different person running quite slowly, you should instinctively understand that the difference between a walk and a run cannot accurately be described as a matter of speed. So what’s the difference then?

When an animal is running, at some point during its stride, all of its feet will be off the ground at the same time. A run is basically a series of jumps in succession.

When walking, there is always at least one foot in contact with the ground, and the motion is a series of falling forward and catching yourself actions.

One of the most common metrics to measure a country’s worth is Gross Domestic Product, or GDP. If countries were a company, this would ultimately be their gross revenue. 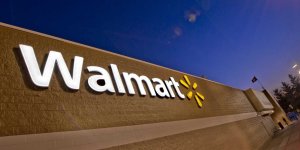 We all know Walmart is one of the largest companies in the world, but what people don’t know, is that if we treated GDP and gross income equally, Walmart would have the 25th largest economy in the world.

Ever wonder how beer steins got their famous lids?

During the era of the black plague, many thought the contaminants in the air were the cause. As a result, they came up with the bright idea that they’d be best served to cover their drinks to prevent contamination.

Ever notice that removable sewer lids are always a circle? Others that are attached via a hinge may not be, but all the removable ones are.

This is because a circular lid is the only shape that cannot fall inside itself. A square lid could be turned sideways and diagonally for instance and fall right in. So to keep the lid from accidentally falling down into its hole, it’s almost always a circle.

We should all know about the HIV (human immunodeficiency virus), it’s the cause for the disease we all know as AIDS (Acquired ImmunoDeficiency Syndrome.)

However, in a rather shameful page of science history, as recent as 30 years ago, AIDS used to be called GRID, which stood for Gay-Related Immuno-Deficiency)

Largely because the first known people to have the disease were gay, and somehow, doctors/biologists felt that it must be exclusive to the gay community.

A carburetor is called such because it adds CARBon to the air that an engine takes in. 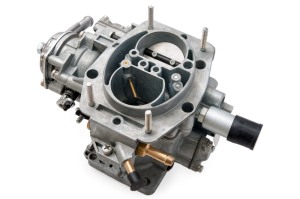 The carbon of course, comes from gasoline usually. It was invented by Karl Benz…half of the Mercedes-Benz name we’re all familiar with.

Play-Doh used to be Kutol Wall Cleaner. Because of its sticky nature, the soot from burning coal would stick to it.

Of course, we don’t use coal to heat homes too much, any longer, and so another use was found for it.

Honey is one of the only food products that never spoils. According to this Smithsonian Institute article, it’s because, “its acidity, its lack of water and the presence of hydrogen peroxide—work in perfect harmony, allowing the sticky treat to last forever”

We all think of light, as the things we can see.

Most are even aware that there’s ultraviolet, and infrared light, just outside our visible spectrum.

But believe it or not, X-rays, gamma rays, radio waves are all forms of light as well called electromagnetic radiation. They’re just different sized waves.

People often use the words apes and monkeys interchangeably, but they are not quite the same. We humans are actually apes, by definition.

So how do you tell the difference between apes and monkeys? One difference is that monkeys usually have tails, where apes usually do not.

Most people know that the word phallic means something that looks like a penis. Well, there’s a female equivalent—yonic. I’m not adding a picture of that. We here at Logical Libertarian are not that kind of website.

If you ever wonder why Libertarians complain about an ever-oppressive government, one of the concerns is that no single person could be reasonably expected to know what’s in the register, and therefore be comfortable they are not engaged in, nor committed a criminal act, and are therefore safe from prosecution.

After declaring independence, Americans decided to melt a statue of King George located stateside and used it to make musket balls to fight the British.

Another word for “zero,” is “naught.” So when discussing eras, after the “nineties” we had the “naughties.” No kidding. And I don’t have a pic for that either.

If you’ve ever used a LASER pointer, you should already know LASERs are largely noiseless.

Sci-fi movies like Star Wars always wrongly add noise to the firing of such fictional guns.

If they were to make any noise, the noise would be a burning noise that would come from the thing they hit, which they cause to catch fire or explode.

In case you think this is conjecture, the Navy already has such a weapon in testing.

White chocolate doesn’t have any chocolate (cocoa powder) at all in it.

Ever hear the term “Be back in a jiffy”? A jiffy may sound like just a made up word, but it’s actually considered a real unit of time—specifically 1/100 of a second in most circles.

If you go to Google, and type in convert seconds to jiffies, it will basically multiple the seconds by 100. The term seems a bit fungible, as is written here, other circles use it for other periods of time. So when someone says they’ll be back in a jiffy, unless they’re superhuman, it’s a bit of hyperbole.

Contrary to what was once a popular belief, butt plugs are not approved by the FDA as a treatment for headaches.

There’s no evidence to support their efficacy as such. Thought you should know.

Eventually—came to be known as hypnosis or mesmerizing.

Ever wonder how we know the mass of the moon?

First, I suppose it’s important to distinguish weight from mass. Weight is the effect on a mass via gravity. Mass is a constant based on somethings chemical makeup.

For instance, Mars has about 1/3 of Earth’s mass, so something that weighs thirty pounds on Earth, would weigh ten pounds on Mars.

But nothing changed about its chemical makeup in that equation. So since we know that kinetic energy is 1/2(mass) x velocity2, think of it this way. If you were to get hit with that object while it’s moving at 10 mph for instance, it will hurt the same (impart the same energy on you), regardless of whether you’re standing on Earth or Mars when you get hit.

Now that you understand that, then remember that the force of gravity is based on the mass of something, and that an object in orbit is in orbit based on two equal forces; the speed it’s moving laterally passed an object, and the speed gravity is pulling it towards that object.

So once we put something in orbit around an object like the moon, since we know how gravity works, from there, we just have to do the math.

Want to lose some weight? Move to the equator!

There are two forces that determine your weight on Earth. Gravity, which is bringing you and Earth together, and for the most part, is constant around the Earth, (Technically, more dense areas of Earth will yield a higher gravitational pull).

The other is momentum, in this case often referred to as centrifugal force, (which isn’t a real force, but that’s another story) which is trying to throw you away from Earth because as Earth spins, your body wants to carry on in a straight line.

While gravity won’t really change much dependent on where you are on Earth, the centrifugal force on you around the equator is at its maximum, where Earth is moving at about 600 mph, and at its minimum at the poles where it’s just spinning in place.

So while still only a slight amount, you would in fact be lighter at the equator than you would be at the north or south pole. About 0.3% less to be exact.

Ever fake being asleep or dead, and have someone accuse you of “playing ‘possum?”

Opossums aren’t playing! When s*** gets real, they actually go into shock.

We often think of the term “The Observable Universe” as a very large bubble type structure, while that’s largely what the observable universe is considered to be, it’s not quite accurate by the etymology of the words.

The term observable universe is about the speed of light. For instance, if an item is one year old but more than one light year away, its light hasn’t had time to get here yet for us to observe it.

So while there’s a virtual “bubble” emanating away from Earth at the speed of light which is the observable universe’s border, for lack of a better word, there are also things inside that bubble, that are still not observable as well.