Years ago, there existed a town near me called New Rome, Ohio. It was a small town of about 60 people, but they had a police force of 14 officers. That’s right, one policeman for approximately every four citizens!

You may think that sounds really good at first, if you’re no a libertarian like me, but if you do some simple math, a police officer making $40k a year would have cost each New Rome citizen $10,000 a year. Imagine that debit to your checking account for a minute. 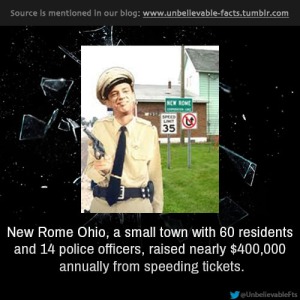 So how did they pay for this? New Rome police had a lucrative business via a stretch of US Route 40 that went from 45 mph to 35 mph, even though the conditions of the road changed in no way to warrant the decrease. Many unwitting travelers got caught up in their highly effective trap, and New Rome raked in the cash.

Eventually, this corruption was discovered, and New Rome was disbanded and absorbed by a nearby township.

I highly doubt New Rome is the only example of this kind of corrupt greed in government. There are likely hundreds of towns scattered throughout the country who thrive by their ticket-writing dexterity, and it’s shameful.

Government is not a business. The purpose of a government by the people and for the people is simple. “We the people” appoint representatives to protect our rights from others who threaten them, and we pay them a modest salary to do so. Aside from protecting our rights, they should make every attempt to stay out of our life because THEY work for US. Just as you wouldn’t impede your bosses at work unless you felt one was stealing from the company, so you reported them to another, police should leave you alone in the same way. 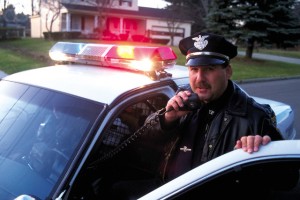 The government was never designed to be profitable nor generate income. Government is to collect the taxes needed to do the people’s business, and not a penny more.

I know my left wing friends are not supportive of the idea of limited government, but I think even they’d agree that unless the people are asking for something to be done, government officials should not take it upon themselves to do it.

As such, the government should never have a financial incentive to govern, but instead only a constitutional or lawful incentive to protect our aforementioned rights.

I believe most Americans would be upset that a government agency was in business like New Rome, and some people might propose a standard on how many policemen per citizen are allowed, but I think that’s the wrong approach for fear it would become a standard, not a limit.

So being the audacious guy I am; I have a unique proposal that I’d love to see get a little traction in order to insure the government doesn’t wrongly feed itself. If it does gain traction, you can say you saw it here first! We’ll call it the “Government-Is-Not-For-Profit” act.

• The government shall only collect revenue from taxes based on either the taxpayer’s income or product consumption. Other means of revenue such as, but not limited to penalties and fines, are strictly prohibited from being directed to government agencies. 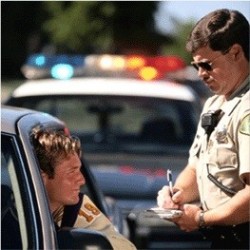 • If fines are used as a method of penalization and dissuasion, those fines should only be payable to a legitimate charity, and the receipt from that charitable donation which is to be greater than or equal to the fine and paid between the period of the judgment and the due date shall be furnished to the government as the only allowable means of restitution.

• The government shall not use any action by a machine or device as the impetus for prosecution. Such devices shall only be used as investigative tools after a crime or misdemeanor has occurred and/or been witnessed and reported, or for scientific study without possibility of prosecution.

To explain the purpose of this better, the first provision would ensure that the government only collects revenue from all citizens in an equal and fair measure and prohibit any concept of incentivizing revenue.

The second provision would give the government a method for financially penalizing offenders, but instead of collecting the money themselves, the money would be directed toward a charity of the offender’s choice. For instance, if I get cited $100 for speeding, I would then donate that $100+ to the Red Cross, for instance, and send my receipt to the government to show I paid the fine to a legal charity. That way I still get penalized, but the government had no financial incentive to penalize me, only an incentive born out of safety, as it should be. As an added bonus, charitable donations are significantly increased.

The last one is about the growing “Big Brother” traffic cameras that dole out tickets purely for revenue, which have little to do with public safety. This provision would ensure that at no point are we being governed by machines. I understand the argument that a police officer must first review it, but I don’t care. It’s the dawning of Big Brother, and it needs to stop. 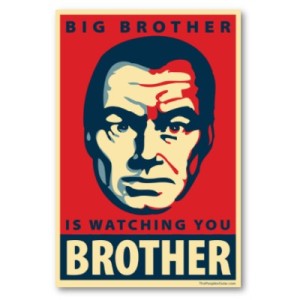 The point of all of this is simple. We the people decide how we are to be governed, and while we want the government to protect our rights, we also want them to understand that they work at our behest, and that feeding themselves at our expense so that they may grow their own agenda, which may be contradictory to our own, is strictly prohibited. They should be likened to referees in a sports event. You need them there to make sure we all play by the rules, but they should never be seen as the stars of the show.

The spirit of legislation is to protect the public. For instance, if a driver, alone in his car, is lightly speeding, and he’s the only one on the road, then it shouldn’t matter as he’s only a danger to himself. As soon as he goes zipping past another motorist, then it’s a problem.

Police understand this, which is why many just give warnings and generally honor the 5-10 mph grace speed in favor of nabbing the person who was truly driving dangerously. We just need to make sure all government officials think that way and taking away their incentive to fine and penalize is a perfect means to that end.