When I launched LogicalLibertarian.com, my intent was to not only spread the message of why liberty and science are important, but also to incite reasoned debate. Through such debate, I believe we evolve for the better.

My last post about vaccinations, and why I believe that making them mandatory if you are not going to self-quarantine, was a prime example of what happens when someone is forced to challenge their own beliefs. Mine changed 180° from when I was first presented the issue and about three hours later after considering it critically.

When I became an adult, mostly thanks to the economic recovery during the Reagan era, I considered myself a Republican.

Adulthood also brought me to the embracing of science. While I hadn’t fully understood the scientific method and the concept of being a skeptic, my questioning of the world around me led me to leave religion behind, and become agnostic.

The term agnostic is not always understood as to how it varies form an atheist. An agnostic would say that they have no evidence to support there is a god, but are open to all evidence. A devout atheist actively believes no god exists, just as theists believe there is a god, and are generally not open to evidence supporting a creator.

Even though none of these really affect me personally, things like blue laws, the drug war, preventing gay-marriage, and other such laws with an obvious religious underpinning, were areas where I simply didn’t agree with my beloved Republican Party. “No victim, no crime” just made sense to me. 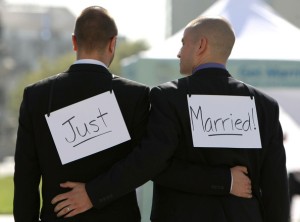 My friend Pat and I share a common love for the game of poker, which is how we came to know each other. Like me, Pat is also atheist and libertarian.

Despite it’s sometimes seedy reputation, poker is a game that attracts brilliant minds who often like to discuss just about anything. Occasionally, the subject of politics comes up, and as far as I know, Pat has always been libertarian.

At first, I didn’t know much about the party other than what I saw from a couple of interviews with Dr. Ron Paul I had seen on TV. While I often agreed with Dr. Paul, I always found his delivery to be a bit whiny, and sometimes he came off almost kooky. It wasn’t until I came to understand Dr. Ron Paul years later, that I began to listen to his message, despite his unappealing delivery, and appreciate his logic.

So the libertarian collective was increased by one person, thanks to my friend Pat, and I’m happy for it.

There is no doubt I’m opinionated as hell, but I’ve always felt it’s important to have as few sacred cows as possible, and these days, I have two. Logic and liberty—hence my website.

The one difference between Pat and I, is that if there were no libertarian option, he would choose a Democrat, and I would choose a Republican. So when Dr. Rand Paul voiced the “vaccines may lead to mental illness” hypothesis in a recent interview, Pat brought it to my attention in an unflattering way, since he knew I was a fan of the junior Dr. Paul.

At first, I was annoyed that he did it, because I know it was somewhat of a dig at my Republican-leaning views, but knowing that I love science, he was right to point this out to me. Indeed, this is one time I don’t “Stand with Rand.”

But that’s OK, because I’ve always made it clear, I champion ideals, not people or parties. As long as I agree with Rand more often than I do any other presidential contender, he’s going to get my nod.

What I didn’t do, is troll Rand Paul on Twitter and call him a “So-Called-Libertarian,” or demean him as a person in any way.

Instead, I gave the subject serious thought and decided to come to my independent conclusion, regardless of what Dr. Paul or my friend Pat had to say. So I did my research, challenged the science in my post, and respectfully agreed to disagree on the matter with Rand. Thankfully, I’m not the only libertarian doing this, but if we want libertarianism to grow, we need more.

For instance, recently, Austin Peterson from Libertarian Republic talked about how Sarah Palin wouldn’t be that bad of a choice for the VP if Rand Paul were to win the GOP nod. This despite most libertarians disliking her immensely, he argued she’s actually pretty supportive of libertarians, and far lass combative with us. It’s this kind of open-mindedness from Austin, putting logic over party, that I strive for myself. Yet, as expected, if you look at the comments, the libertarian trolls came out in droves.

It is important to understand that it’s this kind of open-mindedness that will attract independent voters to the libertarian cause, which I hope is what we want, not slinging insults like monkeys fling poo.

Have you ever changed your views because the person challenging that view called you an idiot? I know I often don’t. It usually closes my mind completely—an effect I’m assuming is often the opposite of what the “libertarianazi” wanted.

If libertarianism is about freedom, then it should be about free thought too. I can disagree with Ron or Rand Paul on a couple of issues without losing respect for them as a whole.

Many libertarians were incredibly disrespectful towards Glen Beck when he stated he was becoming libertarian. But let’s think about the logic of this for a second. He is a man with a huge following due to his own internet media site, who can clearly spread the message of libertarianism more than most of us, and instead of trying to welcome him with open arms, some libertarians act like they don’t want him in our party?

It was the saddest display of nonsensical arrogance by some libertarians I’ve ever seen, and it certainly wasn’t done with libertarianism’s best interests in mind.

We cannot insult other libertarians who aren’t anarchists, some of us feel there is a role for government. Instead we must respectfully challenge them with reasoned debate, possibly outlining the unforeseen outcomes they may have missed in their proposal. But otherwise, encourage them to join us wholeheartedly where we agree.

We must also encourage Republicans and Democrats alike that we’ll stand with them in times when we agree on an issue.

And lastly, on a side note, for the love of God, the Guy Fawkes masks so many libertarians use as a social media icon is not helping either. The masks are creepy at best. But more importantly, they are certainly not libertarian.

If you’re libertarian and proud of it, show your own face. Hiding behind a mask tells people you have something to hide and that you’re untrustworthy. Do you want to attract good people, or do you want to attract people who are one run-in with government away from blowing up a building with innocent people in it? Guy Fawkes was a would-be terrorist, not a libertarian. People like that will not help our cause.