With all of the protests lately regarding the police killings of young black men, a lot of people are lashing out at the men and women in blue.

What do we want?

When do we want it?

While some may assume that being libertarian, I hate the police, the fact is that I don’t. I hate what government has made them become, and that’s a pretty big distinction. 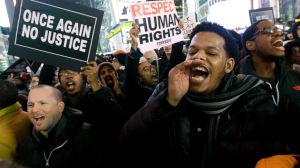 First things first, I hate bad cops with a passion. If you’re given the honor of serving your community, you damn well should remember what an honor it is. If you did it for the money or the power, in my opinion, you’re likely a bad cop already.

I feel that police officers who commit crimes should receive more punitive sentencing than the average citizen. Not only do they know better, but they’re people we trust to enforce these laws, and they’ve abused that trust.

They should be held to a significantly higher standard. Instead, they’re often given an opportunity to resign sans any prosecution on things that might put the rest of us in jail. This often lax, or sometimes non-existent, prosecution of police officers who break the law breeds a massive amount of distrust.

But that being said, bad cops are like bad people—a very small minority of the community. Most selflessly put their lives on the line for us every day, and let’s be honest, don’t get much thanks for it. The days of little kids wanting to grow up to be Andy Griffith, Elliot Ness, or Wyatt Earp are long gone for the most part—which is pretty sad.

I think that idealistic or fundamental racists like the KKK or New Black Panthers, as well as people who either publicly or secretly hold such hateful views, are easily a small minority. Furthermore, those people are generally pretty quiet about it because they know it’s no longer widely acceptable behavior as it might have been 40+ years ago or more. It’s not like there are polls asking people if they are bigots, so confirming my opinion is difficult.

But also, I believe that the percentage of black people who hate white people has equalized to the number of whites who hate blacks. While I’ve never attacked someone because of their race, I’ve been the victim of racism a couple of times, and I’m white. Only advancements in scientific understanding and critical thinking will eradicate these non-sensical views, and that just takes time.

With each decade, it is painfully obvious race relations improve, so there’s not much need to do anything different than what we are already doing.

Assuming a few of these people have been a victim of a crime, called the police, and had an officer respond to assist them, are they now willing to end the officer’s life who may have helped them previously just because he/she wears that uniform?

I get that these people are angry, but if the desired outcome is to be treated as respectable citizens, behaving in a supremely disrespectful way is not going to help that cause.

The second issue is that if these folks are ever the victim of a crime, are they renouncing their right to call 911? Because if they don’t, that’s also being entirely hypocritical. 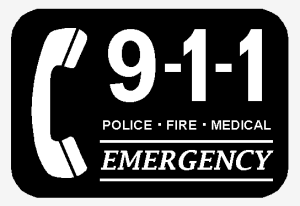 Throughout all of these incidents, I’ve tried to use critical thought instead of arriving at some preconceived notion. While I admit that I’m a science geek, and therefore tend to think more analytically than most, asking people to exhibit critical thought as a general rule, should not be deemed an unreasonable request.

So where is all this police hatred coming from? While some believe it’s the actions of the police alone, I feel the issue is far deeper than that.

I see the issue as predominately one of an ever-growing policed state. People instinctively want to be free, just as our forefathers intended. Despite the fact that few identify as libertarian, most people tend to agree with the “no victim, no crime” mantra.

Since Libertarians rarely got more than 5% of the vote, it’s well-known that 95% of black people elected politicians who pass the laws they’re then mad at the police for enforcing. A majority are Democrats, but the GOP isn’t entirely innocent here either. They’re effectively their own worst enemy. But again, it’s entirely hypocritical to vote for politicians who promise to pass these laws, then lashing out at police when they’re charged with enforcing them.

So if we want better relationships between the citizenry and the police, I have four easy solutions: