Being an American, I cannot refute the notion that we have changed the English language in such a way that the Queen would not be pleased.

Thanks in large part to Noah Webster, American-English is unique through economized spellings of words such as “color” versus “colour.”

But while those in the Eastern hemisphere may consider what we’ve done sacrilege, we think of it as merely more efficient. Us Americans, if nothing else, are historically quite productive, we simply don’t have time for superfluous letters—they just slow us down. (Yes, that was tongue-in-cheek; please hold the hate-mail.)

But unfortunately, we’ve launched a new breed of people who feel that we need to alter our language to make America a kinder nation as well. And so began the era of political-correctness.

The reasons for this practice generally fall into one of three categories:

My problem with political-correctness is the destruction of scientifically accurate terms in favor of touchy-feely ones, which often muddy the waters of what is trying to be said.

If you’re at least one generation older than children of today, you grew up referring to someone with a learning defect as mentally retarded. Anyone who works on cars knows the word retarded is simply the opposite of advanced. It is not an insult, it is accurate. It simply implies that they will learn at a slower pace than someone without a learning defect.
But today, we’re expected to say mentally disabled, a term that means, “unable due to injury or illness.”

I’ve known many people with this learning defect, and I can attest that they are quite capable of learning, it is simply more difficult for them to do so. As such, I find it insulting to call them disabled, when they are indeed able to learn, just merely slower at it than that which is considered typical for the average human.

The term “African-American” has almost completely replaced the biological term negroid, as was mentioned earlier, although black is still very common and widely accepted despite it not being any more accurate than calling Caucasians white. But isn’t this prejudiced in its own right?

But if I were to encounter a Jamaican visiting the United States for instance, by calling him African-American, I’ve prejudged him by the color of his skin by referring to him as such. And in so doing, potentially insulted him if he’s a patriot who loves his home country of Jamaica. 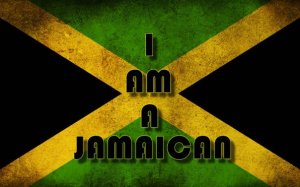 What is scientifically accurate should not be replaced by what is deemed friendlier or has better public perception. When we do this, we pervert our language in such a way as to confuse those who may not speak it fluently, and we erode the ability to have truly honest discourse.

But a more important issue for me is that there is only one time when it is acceptable to be offended, and that’s when someone is purposefully disrespectful with the intent to offend.

In giving the easily offended these linguistic victories, we enable their dishonesty and fake outrage. But no one likes the easily offended, and by enabling them, we merely encourage the attention-starved among us to be more like them.

Instead, we should strive to use words that are accurate, even if there is a negative connotation that may go along with them.

While I understand that divorce is rarely seen as a positive, are the Paltrow/Smith children really better off by calling a divorce a conscious uncoupling?

This differentiation insinuates divorce must somehow be unconscious, as if to say one day, in your sleep, you unwittingly drafted up divorce papers, and your partner woke up, and thought, “Hmm, I should sign this thing, whatever it is.”

At ten and eight years old, I’m pretty comfortable their children understand what is going on is a divorce, and calling it anything different is only serving to confuse them. It’s not what they call the process that matters, it’s how they present the situation to their children. As long as it’s done in an honest manner, and in such a way that the children understand that it won’t affect their love for them, semantics are completely unnecessary, and often counter-productive.

Maybe I’m a bit prejudiced since I call myself The Logical Libertarian, but can’t we all agree logic should trump opinion? That accuracy should trump fallacies? I will not lower myself to the level of the easily offended; it’s incumbent on them to be better at identifying that which is truly offensive, then learning to accept everything else. They’re the ones preaching tolerance and understanding, it’s time they practiced what they preached.