After the unforeseen suicide of Ariel Castro, a man who plead guilty to avoid the death penalty in the first place, the Ohio chapter of the ACLU has asked for a full investigation. I have one simple question—why?

In America we have an incessant need to prevent people from killing themselves. Whether it be someone who is depressed, terminally ill, or in prison for a heinous act, we behave as though it is our duty to stop them from ending their own life. But let’s review these three scenarios.

If I had a loved one who was depressed, I would do everything in my power to talk them off the proverbial ledge, and I would want the police to try to convince them otherwise as well; if they were called to the scene anyway. But would I want police arresting them for a failed attempt? Not on your life!

Imagine you were terminally ill with no chance of getting better, on a morphine drip just so you could eke out another few months, and burning through whatever inheritance you had intended to give to your children. Then imagine you finally come to the conclusion that the life ahead of you is only going to get worse, so you just want to end it. Seriously, close your eyes and imagine it. Now imagine some politician telling you that you may not by penalty of law? Now, honestly say you wouldn’t be furious. How dare some bureaucrat insist that you suffer because suicide is immoral in their eyes.

Dr. Jack Kevorkian understood this, and did his best to help those in pain to the most painless end possible, and he was put in prison for it where he eventually died. Every juror, the judge, and the prosecutor should be ashamed at the disgusting perversion of a trial outcome that took this man’s freedom from him when all he did was help people achieve peace.

In a free society, no one has the right to dictate to another that they must choose to live—it violates the core concept of freedom—that you own your own body. Yet we so often do exactly that. While I suspect that much of this comes from our heritage as a largely Christian nation who consider suicide a mortal sin, legislating religious dogma violates our Constitution and the freedom of those not encumbered with such beliefs.

Moving on to the Ariel Castro situation, the ACLU, an organization I should be in lock-step with based on their name, continues to show that they’re not about civil rights, but instead about contradicting and interfering with any American government agency. Being a constitutional libertarian versus an anarchist one, I believe our government has a place in this country, it’s to protect the rights of others. But unlike many, I also know our forefathers had another duty in mind that was explicitly implied, but never written: they have a duty to stay the hell out of our way.

If Ariel Castro had been attacked by other inmates, the ACLU would be right to want an investigation; prisons most protect prisoners. But if the ACLU had any concern to actually protect civil rights, they’d agree with me that if Ariel Castro wanted to die, we should simply let him. It’s the ultimate civil right.

Analyzing the actions of offenders who have given themselves the death penalty, I can’t see how we as a society have a problem with it. If they feel they did something wrong and wish to atone for it; good for them—it’s their final act of decency.

If they want to protect society because they know that they are prone to do it  again pending a release or escape; again—good for them.

If they simply don’t want to suffer in prison; maybe not good for them, but good for the rest of us. They have assured that society need never fear them in the future.

Part of me wishes to point out the savings to the taxpayer, but fiscal issues should not play into matters of life and death, however I have an idea I’ll get to in a minute.

Many have said that Castro took the easy way out as opposed to suffering in prison. While I agree; I don’t care. Prison was not meant for the suffering of offenders, we do have a cruel-and-unusual-punishment clause in the Constitution, after all. It was meant to protect society by detaining people who might infringe on the rights of others. By killing themselves, such offenders merely guarantee a safety to society that prisons attempt to accomplish through incarceration.

We all know I’m prone to some blue sky thinking, so what I propose is the exact opposite. If a prisoner wants to die, let them ask to see the warden and volunteer for a lethal injection. Make them wait a period of time such as 24 hours to change their mind, but if that’s what they want, then I say thanks for protecting society from any future bad acts as well as thanks for saving us taxpayers the approximately $28,000 a year we spend to incarcerate them. If we take it one step further, we could even offer a financial incentive to do the right thing. 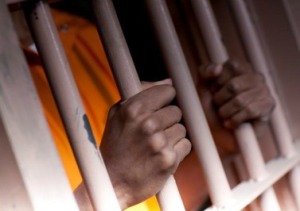 For instance, a 30-year-old prisoner is sentenced and decides to self impose the death penalty. The average life expectancy of a prisoner is approximately 78 years old. So 48 years times $28,000 is $1,344,000. If we took half of that money and paid it out in installments to the victim’s families, it would truly be the last decent act of a violent offender, and still save the taxpayers a decent sum of money.

Either way, I think the majority of America, like me, shed no tears for violent offenders who decide to end their own lives. While we are a republic, not a democracy, the Constitution doesn’t forbid it either. So in such situations the majority rules; maybe it’s time the majority decides to make a rule and insist the government let people end their own lives if they want, and leave it up to loved ones to convince them otherwise. But the days of prison having a suicide watch need to end.