If I am to believe the leftist view of us conservatives, we are clearly the most heartless bastards that ever walked the face of the Earth. I know in my heart who I am; I love my family, friends, and mankind as much as the next person. I’ve done my share of selfless acts, solely for the rewards of virtue—I am not an evil man. So I refuse to believe that I am the second coming of Satan because I’m a free-market capitalist.

Mitt Romney was vilified for saying, “I like to fire people,” but as is all too common, the context was usually missing from quotations of that speech. Only a stone-cold psychopath derives enjoyment from firing people. Romney’s charitable work rules that out if we apply logical evidence-based thought.

Often when people get fired, they have a hard time looking outside themselves at the situations surrounding the termination. I think most people have experienced coworkers whom they felt should be fired. Yet ask anyone who was fired if they feel it was justified, they will almost universally say no. Clearly, there’s a divide between how we perceive ourselves versus how we are perceived by others. We have a hard time accepting criticism, even in the face of overwhelming evidence to support it.

I could agree that it would be heartless to fire someone if we assume that person is incapable of ever finding another job, but we know that is completely untrue. Just as the saying goes that time heals all wounds, you’ll find that more often than not, these “professional divorces” worked out well for both parties in time. The company usually finds a more suitable employee, and the former employee often finds a more rewarding job as well.

Rarely is there a case where an employer and an employee are professional soul mates, and for no good reason, the employer decides to make a change for farts and giggles. Most people who get fired earned it through a lack of effort, poor attitude, sub-par performance, or immoral behavior. The proverbial model employee who gets fired at the whim of a heartless business executive is usually just the musings of Hollywood fiction writers and politicians with a statist agenda.

First and foremost, businesses exist purely as a source of income for the founder; a person who didn’t want to work for someone else, so they went into business for themselves. To believe business owners decided to start a corporation just so they could provide another random person some place to work is a rather silly notion. If they could get by without employees, they would and should.

From there, businesses succeed because they put the right people in the right positions to best grow their corporation. I know that the maintenance guy works his bedonkadonk off; he’s an honorable man. But let’s not make the fantastic assumption that he could step into the role of CEO and double the company profits with his notions of giving everyone a $5 an hour raise and spending $20,000 on a new floor polisher.

It’s not in a corporation’s best interest to fire the worker generating the greatest return on their investment. There are supreme idiots at the management level who make really poor decisions like that, but it’s certainly not the norm, or companies across the nation would be failing ad nauseam. 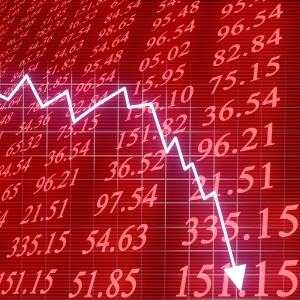 A purely scientific and mathematical approach to employees is to understand that for a corporation, employees are simply an investment. A company spends money on a worker in hopes that worker generates more income than they take away. So think of employees as stocks and CEO’s as investors. Success depends on their ability to pick winners and sell off the losers.

Let’s assume for a minute that CEO’s adhered to the ideas of the left. Imagine a one-person company that does home restorations. They start getting good word of mouth advertising, orders pile up, and so they have to hire someone to help. That person arrives eager to work, but after the first day, he’s nailed his hand to the wall, painted a door shut, accidentally drilled through the plumbing causing a leak, and severed some wiring which blew out the circuit breaker panel. The employer has two options: fire him and hope the next hiree is better, or keep him and hope the business survives and he doesn’t accidentally kill everyone. I know that’s an exaggerated example, but the underlying truth is still the same that some employees are simply a liability, not an asset.

According to the anti-capitalist zealots, firing him is heartless and cruel. But from my perspective, him asking an employer to continue paying him even though he’s a huge loss and liability is heartless and cruel. But one should not hold their breath for a bad employee to emulate a disgraced samurai and fire themself in an act of corporate hari-kari; that requires honor unheard of these days.

So what about Mitt Romney? Venture capitalists (VCs) like him find dying companies and buy them for pennies on the dollar in hopes of righting the ship and selling them for dollars on the dollar. If they didn’t fire people, cut dead weight, and try to make better investments, everyone in that organization would lose their jobs. If the VC’s succeed however, they return a company to health, and everyone but those who were fired is saved. It may not be ideal for everyone, but it’s better than the alternative.

Think of venture capitalists as surgeons. To the uninformed who walked in on a surgery, it would appear the surgeon was a heartless murderer cutting someone to bits. But if they know the whole story, they understand that while plunging a scalpel into someone’s chest is usually a bad thing and that the patient will surely be weakened and sore for a while, the these painful and dangerous procedures save lives.

In these instances, firing 20% of the staff that are under-performing saves the other 80% from being dragged down with them. What the anti-capitalists call heartless, I call a painful, but life saving procedure. As the left attempt to decry successful capitalists, clear thinking Americans should understand that everyone who has a stable job can thank a successful capitalist.