As we consider how America should respond to recent gun violence and other issues in our country, those eager to take away constitutional  freedoms from millions of law-abiding citizens to thwart future bad acts of a few, often resort to tried and true arguments with little concern for the fact they are completely illogical.

For instance, if you’ve been watching the gun debate recently, one critic of gun rights, CNN’s Piers Morgan, routinely states that no one can make an argument why people need guns such as the Armalite AR-15 platform (contrary to belief, the A is for Armalite, not assault). This statement would only be relevant or logical in a country where freedom is not the default.

I cannot stress enough that in a free country, the starting point is that everything should be legal. From there, we make a case with a well-reasoned argument where We the people agree that something should be made illegal because one person’s right to do it infringes on the rights of another.

So as we move into the well-reasoned arguments for criminalization and regulation, let me outline one that is commonly improperly formulated; the cause-and-effect argument.

Starting with the aforementioned gun debate, some argue that gun owners are dangerous people. However, a proper analysis of the numbers clearly refutes this. There are approximately 80 million adults in America who own guns and nearly 11,000 criminal gun deaths. That means that 0.01% of gun owners kill, leaving 99.99% who don’t. So by no proper mathematical analysis can you argue gun owners are unsafe when for every one killer among us gun owners, there are 9,999 who are not.

Another similar false cause-and-effect argument is that marijuana is a gateway drug. People assert that by virtue of using marijuana, the drug triggers the user to gravitate to harder and more dangerous drugs. The first issue with this argument is that studies show alcohol is usually the drug that addicts of harder drugs start with. Once bored with that, they may gravitate to marijuana, then harder drugs after that. But because alcohol is legal, it is often removed from the dialogue.

But the reason alcohol and marijuana are the drugs people usually start with in the first place is by virtue of their abundance in the marketplace. They are simply the ones most readily available, and therefore, the ones people most often initially experiment with.

But I want to focus on these cause-and-effect arguments as they are completely backwards. In order to argue cause-and-effect, we first start with the cause (in this case marijuana users) and then see how many effects (harder drug use) result. But, the opposite is occurring.

While I have never used marijuana, I happen to know many habitual users. They’re in the millions across America, so I’m sure you do to.

Like me, I would hope you’ve noticed that most of them have used it for years without ever graduating to cocaine, meth, or anything else. So I’d like to think you knew all along this argument was wrong, but simply hard a hard time refuting the math people gave you because you weren’t aware of their flawed methodology. Now that you realize it’s a false premise, you’ll be better prepared to refute such nonsense in the future.

As a poker player, I’ve seen how such arguments destroy liberty and ruin lives. Look no further than online poker’s infamous Black Friday. Thousands of American rounders were literally forced into unemployment as they were denied their rights to earn an honest living playing a game of skill based on the cause-and-effect argument that gambling ruins lives and therefore should be regulated or outlawed completely.

First let me point out that poker isn’t gambling—it is a game of skill. It has even been ruled as such by the federal government since 1986. So we have people who falsely consider poker to be a game of random chance, who then make it illegal using another false argument of the backwards cause-and-affect.

Millions of people visit casinos every year without losing their house, car, or child’s college fund, yet because every gambling addict who did lose everything started in a casino, the significantly greater portion who can responsibly lay a few bucks on the line get punished. We can no longer enjoy the one form of entertainment that might actually pay us back. 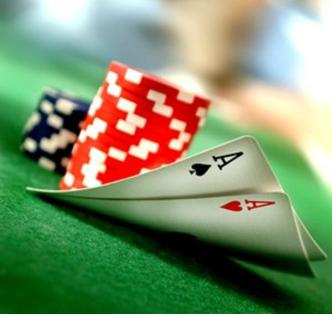 So next time someone uses the false cause-and-effect argument to take away your rights, I hope this will help you to be better prepared to take them down by destroying their poor methodology.  More importantly, the next time someone says to you, “Why do you need that gun, drug, etc.?,” you can respond by saying something like this:

This is a free country, I don’t have to make such an argument—everything should be legal here. The onus is on you to make a case for making it illegal by explaining how me enjoying that freedom infringes upon your rights. If you cannot make such a case, we’re done here.

If we’re lucky, they will either have an epiphany and embrace freedom like you and I, or they will remain swathed in a blanket of ignorance and intolerance as they wrongly argue to oppress you by using false arguments and logical fallacies under the guise that it’s “For your own good.”

7 thoughts on “Illogical Arguments That Destroy Your Rights”